If Big Data and Machine Learning were the buzzwords of 2016, 2017 looks set to be the year that Distributed Ledger (Blockchain) Technology takes centre stage. Advocates of blockchain have gone as far as to claim that blockchain will bring about the “fourth industrial revolution”1, “revolutionise the legal industry”2 and “spell doom for corporate law firms”3.

In the first of this two part article, we take a look at what blockchain is, how as a lawyer you might first come into contact with blockchain during your working day, and finally which areas of law we might see changing as a result of blockchain technology in the years to come.

The major benefit to being distributed is that there is no single point of failure with no central administrator or centralised data storage.

With a distributed ledger the database cannot be manipulated surreptitiously. Any new transactions are validated across multiple locations. As multiple copies of the ledger exist, other parties can see any changes that have been made – providing complete transparency automatically, and would be realise that the ledger had been manipulated.

With blockchain, database records are collated into blocks. Each block in the chain contains a unique digital identifier or ‘hash’ of the previous block, linking it back and making it resistant to data modification and tampering. You cannot add a new verification to an old block without changing the blocks that were added after it.

The first blockchain implementation was in 2008 and was a core component of the crypto currency Bitcoin. Since then, interest in blockchain has grown substantially, with a variety of uses being pursued including investment banking, electoral systems, healthcare records, contract execution, intellectual property and property transactions.

Whilst there is a great deal of hype surrounding how blockchain and distributed ledgers are going to be the next great technological revolution, it is worth noting that (like any technology) they are only useful if you need to achieve certain things. Gideon Greenspan of MultiChain sums this up well in his article “Four Genuine Blockchain use cases”4:

“The two most important differences between blockchains and centralized databases can be characterized as follows:

“Blockchains represent a trade-off in which disintermediation is gained at the cost of confidentiality.”

If you are not prepared to accept the loss of confidentiality, then blockchain may not be the solution for you …. yet.

Loss of confidentiality has been one of the key challenges for the adoption of blockchain within the financial sector as institutes are obviously not keen to reveal transactional details. Various solutions are being worked on, one of which is zero knowledge blockchains5 which are based on the principle of a zero knowledge proof – one which demonstrates the truth of any given statement without revealing any information beyond that which it is trying to prove.

You won’t get far reading about blockchain without coming across “Smart Contracts”. A smart contract is simply a piece of code that is stored on the blockchain, triggered by blockchain transactions. When triggered, the contract may then read and/or write data, send a response back to whoever triggered it or it may even trigger another contract. We will discuss these in more detail in part two of this article.

In 2016 the UK Government took a number of steps towards exploring the potential of DLT including:

The Bank of England, as part of a multi-year research programme into the possibility of a central bank-issued digital currency has also taken an interest in the use of DLT. In February 2016 the Bank reported that it had partnered with researchers at University College London to produce a hybrid digital currency called RSCoin8.

In March of this year, the Financial Conduct Authority (FCA) has also published a discussion paper on DLT9. The FCA wishes to explore where the balance of risk and opportunities may lie when making use of DLT.

Before we move on to look at how blockchain may impact the way the legal sector operates, we take a quick look at how lawyers are likely to first come into contact with blockchain technology.

Solicitors who deal with assets (for example probate, divorce and bankruptcy) will start to come into contact with clients who hold cryptocurrencies.

You also may be approached by your client to advise them on whether or not to proceed with a transaction where payment is being made by cryptocurrency, or the legal pitfalls to be aware of when considering the use of blockchain within their business.

Aside from currency, other assets will start to be represented on the blockchain, including patents and intellectual property. Blockchains can also be used to show provenance – for example in supply chains, proving where the wood used in a manufacturers furniture came from, or the chain of ownership of a work of art from the creator through to the current owner.

In Delaware, amendments to company law have been proposed10 to permit the record of shareholders to be held on a distributed ledger, and its contents to be relied upon in a court of law. Delaware is home to more than 66% of Fortune 500 companies and 85% of IPO’s.

Solicitors will need an understanding of how ownership of assets recorded in a blockchain ledger are proven, as well as how they can be transferred; and in some cases a deeper understanding of how they work – for example if a cryptocurrency formed part of the evidence in a criminal trial.

There are several clear use cases that blockchain lends itself to within the legal sector, and we look at each of these in turn below.

The Republic of Georgia has been using the bitcoin blockchain in a trial for completing title registrations11 and now plans to expand the service to cover the sale and purchase of land titles, registration of new titles and mortgages.

The second phase of a blockchain pilot study for the Swedish Land Registry has just reached a successful conclusion. Under Sweden’s current system, transactions can take many months to complete and follow a very similar process to that of property transactions in England and Wales. One of the main hurdles in Sweden when selling a property is that the law currently still requires paper signatures.

In England and Wales, HM Land Registry has proposed changes be made to the Land Registration Rules 200312 to pave the way for digital conveyancing and title registration in the future. This follows a pilot study in 2009 where a small number of electronic mortgages were created and registered.

Last month, HM Land Registry detailed plans13 for a live test of a “Digital Street” for near instantaneous property transfers and will be looking to blockchain as a possible solution.

The Digital Street will allow HM Land Registry to “hold more granular data than is possible at present”, which could include information from the central Local Land Charges register (due to be completed by Autumn of this year), as well as leverage the benefits of the Digital Mortgage service. Blockchain is one of the underlying technologies that will be tested.

According to the Housing White Paper14 published in February, the Government wishes to make HM Land Registry “the world’s leading land registry for speed, simplicity, and an open approach to data and will aim to achieve comprehensive land registration by 2030”. The use of blockchain or other distributed ledger technology for property transactions would help a great deal towards reaching this objective.

A great deal of litigation related to wills is due to challenges to the genuineness of the will. If a person has created multiple wills in their lifetime, or if some beneficiaries are not a not aware that a will has been changed, changes to inheritances (such as being written out of a will) might be contested. Using a distributed ledger to record any changes to a will over time, including assets, beneficiaries and executors would provide a greater degree of transparency when the will was eventually executed.

Blockchain could be used to record the chain of evidence for exhibits in criminal trials, or for samples taken for laboratory testing (such as anti-doping tests for athletes).

Blockchain is a transparent, convenient and cost effective way to provide notary services. Applications such as stampd.io15 can notarise proof of ownership of digital creations, whilst Uproov16 allows instant automatic notarisation of sound recordings, images or videos at the time the user creates them.

In part two of our article looking at the impact of blockchain technology on the legal sector, we will focus on smart contracts, which have the potential to change the way contracts are drafted in all areas of law.

Allens (a leading Australian law firm operating in alliance with magic circle firm Linklaters) recently sent a report to its clients17 that noted:

​“For almost 200 years, our own business has been built on the basis that people need to transact but often lack the trust to rely on a handshake alone.”

“In essence, we help organisations do business in the absence of trust – we design governance structures, we draft and negotiate contracts, and sometimes, if things go pear-shaped, we litigate.”

“So when a new technology comes along that creates trust through computers – distributed ledger technology, also known as blockchain – is it going to be potentially disruptive …”

“While we have previously seen technology upend certain areas of our business, it is unprecedented for a technological development to cast such stark light on the future of the legal profession.”

We hope you have enjoyed this article. Join us for part two to find out how smart contracts could affect your law firm. 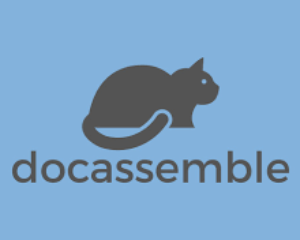 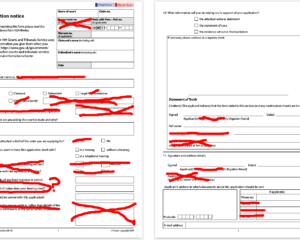