Lucius, a legalTech startup based in Mexico that focuses on generating due diligence reports and compliance has won the Global Legaltech Venture Day final organised by Ontier, Law Schools Global League and IE Law School, according to an IE press release.

The lawGeex blog asks 9 leaders from law and tech which books you should pack along with the sunscreen and flip flops.

Goodman notes that the recent launch of the call for evidence by the Law Society’s Public Policy Technology and Law Commission, examining the use of algorithms in the justice system in England and Wales, is a good time for us to be “considering the interface between lawtech which uses algorithms and the tightening global regulatory framework for data protection and privacy.”.

The Law Society has cast a wide net for its call for evidence, hoping to hear from:

“practitioners, academics, tech professionals, civil liberties organisations, companies that make algorithms, public bodies that use them, and anyone who has an interest in technology, the rule of law and human rights.”

An algorithm at its most basic level is a set of steps you follow to complete a task, and for simple algorithms it is easy to understand how they reach the decisions they do, as you can trace the steps they went through. 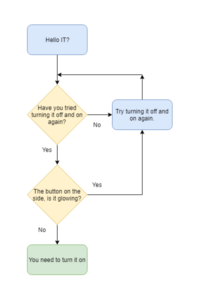 As algorithms become more complex and especially where some form of machine learning is involved it becomes harder to explain a decision. The Law Society is concerned about the impact that ‘black box’ decisions could have on “the rule of law and society” when we are considering their use within the justice system.

The Law Society cites a few examples where algorithms are already used, including the HART algorithm used by Durham Police which assists custody officers in deciding what action to take for a given suspect (such as releasing them).

Rhys Dipshan writes in LegalTech News about how artificial intelligence is being utilised in a number of legal processes, including knowledge management and data management as well as for document review.

Eric Chin has produced a report exploring the global LegalTech ecosystem using the companies listed in Stanford’s legalTech CodeX. The summary report defines eight key stakeholders in the legalTech ecosystem and looks at where the legalTech hubs are across the globe and compares them in terms of number of legalTech companies, funds raised and the amount of M&A activity taking place. Contact Chin through LinkedIn to request a copy.

Artificial Lawyer speaks with Jake Heller, CEO of Casetext about their plans to put their CARA research tool in the hands of the 700,000 smaller law firms in the US, rather than just big law, which may help to counter one of the dangers of only big law benefiting from legalTech:

“clients who don’t have huge resources go to smaller firms. Smaller firms may go to court with less ability to do detailed case research. Hence, they may lose in court versus larger, more prepared clients. The end result: a justice deficit, where ‘access to arms’ becomes the defining factor, not the quality of the lawyers or the facts of the claim. And that can’t be a good thing.”

The Society for Computers and Law  (SCL) has announced the first international forum on online courts which will take place in London on 3rd and 4th December 2018.

According to the press release: “Today’s technologies present us with a once in a generation opportunity to modernise and upgrade our justice systems around the world. We can bring modern technology and innovation into our courts to enhance both their accessibility and their efficiency, and to provide wholly new routes to justice.”

The National Cyber Security Centre (NCSC) has released its 2018 report explaining how UK law firms can protect themselves from common cyber threats. According to the report the most significant cyber threats that law firms should be aware of are:

16th July – Are you a GeoTech and PropTech startup looking for funding?

Startups using location or land and property data in their products and services can now apply to the Geovation Programme. If selected, the start-ups will each receive up to £20,000 in funding and a range of resources and services. Applications to the programme close on Monday 27 August.

A guide to Legal Document Automation created by Radiant Law popped up in my LinkedIn feed this week – thanks Catherine Bamford of Bam Legal for sharing it! Guides such as this which take the time to clearly explain both what the technology is, how it works and what the benefits of using it are to the law firm are were legalTech sometimes falls short. Bringing new tech into this sector is as much about education as it as about the tech itself.

Legal Futures Roundtable Report: The law firm of the future

Neil Rose writes about Legal Futures recent roundtable discussion which brought together a group of firm and innovation leaders to debate how they are working towards the law firm of the future. Rose notes:

“Put a group of thoughtful and practical law firms leaders around a table to talk about the future and you’ll find that the first thing they mention is not robot lawyers, or artificial intelligence or, in fact, technology at all. Rather, it’s the need to do the basics: running your firm along sound business lines, working out what you do and making sure you do it well.”

The Raconteur looks at how the chief information officer can now play a central role in formulating business strategy, rather than traditionally being more focussed on looking after the IT needs of the business. Parallels can be drawn with “Head of Legal Technology” roles. Firm need to have a clear direction for how they want to deliver services in the future before the head of legalTech finds solutions to meet those goals.

Photo by Ethan Robertson on Unsplash

I am taking a break from the Sunday LegalTech Review to focus on other projects.