The Manchester Law & Technology Initiative is a new industry-academia initiative on Legal Technology. Hailed as the first research collaboration of its type in the UK, the initiative aims to bring together business and academic expertise to address the key questions around the potential application and the impacts of digital technology in legal services provision. It is intended that the initiative becomes a platform for innovation and a voice of recognised expertise in this emerging field.

The initiative officially launched last Thursday (27th September), and Technomancers went along to hear more about it.

Professor Luke Georghiou, Deputy President & Deputy Vice Chancellor of The University of Manchester opened the event. Georghiou gave a little background about the University’s involvement in the digital sector, noting that there were over 800 researchers at Manchester working on projects in the digital space yet no “Department for Digital”, and the “Digital Futures” programme seeks to address that.

The programme is organised to meet the grand challenges set by the Industrial Strategy, what those challenges mean for Manchester in particular and looks at what skills are needed to address those.

Next up was Professor Andrew James, Associate Dean for Business Engagement, who opened by stating his belief that the delivery of legal services will change more in the next two years than they have in the last two centuries, with the application of technology being a big part of that change.

James remarked that the key question the legal services industry faces is how that change will come about. Will it mean better access to legal services and therefore more clients, or will innovation in the delivery of legal services by new market entrants unseat the incumbents. James reflected that whilst new market entrants have little to lose when they enter the market with a non existent client base, incumbents have to consider how existing client relationships could be affected by change, and if they get it wrong they have everything to lose.

Moving on to talk about The Manchester LegalTech Initiative, James was pleased with progress so far and happy with the partnerships forged between the university and launch partners DWF Ventures and Freshfields, but was now keen that the initiative increased the number of partners it was engaging with in order to truly make the venture a success. James believed that partnerships such as this are hugely important for the sector going forward. 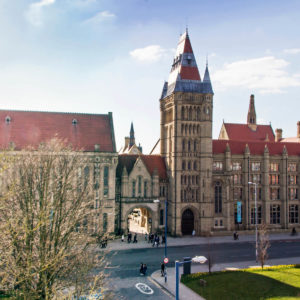 The main event was a keynote from Rt Hon Lord Keen (Elie QC, HM Advocate General for Scotland and MoJ spokesperson for the Lords) looking at the “impact of technology on professional services”.

Lord Keen talked about how the lawTech panel, announced by Lord Chancellor David Gauke in July and presided over by Law Society President Christina Blacklaws –  went on to create a number of task forces, including education.

Since engaging with the lawtech community Lord Keen commented that he has been impressed by their enthusiasm, and was also buoyed by the large number of applications received from the sector for funding from the £20m available under the next-generation services challenge.

Lord Keen cited KPMG statistics which showed that 63.1% of consumers across the globe have started using fintech products and services. Lord Keen expects we will see the same adoption levels in legalTech in the next few years, and that the days when lawtech was only of interest to a select few are behind us.

Talking about undergraduates, Lord Keen advocated for them to be exposed to legaltech through the new initiative, as future employers are going to be expecting them to have a grounding on legaltech before they enter the workplace.

Moving on to academics, Lord Keen felt it was important that there be more academics working on lawtech research, in order that the UK with a base of leading higher education institutions and as a global leader in the delivery of legal services maintains its place at a time of intense global competition in legaltech innovation.

Lord Keen felt that AI is likely to have the greatest impact on the legal sector, with ramifications for the courts system, consumers of legal services and providers. Clients will start to question why certain legal services cost so much or take so long when they could be automated, and will drive change within legal practices and the sector as a whole.

Artificial Lawyers’ Legal Labour Pyramid was referenced by Lord Keen whilst speaking about how the next ten years of change will have a greater impact on paralegals than on partners, with AI completing work faster and more cheaply than any paralegal can.

According to Lord Keen, regulated sectors are just as amenable to radical change than unregulated ones, citing Uber and Taxi regulation as a clear example.

Lord Keen challenged the initiative to consider how educational establishments could better support their graduates throughout their careers, with respect to maintaining an understanding of advances in technology in the legal sector once they leave full time education. If the UK is going to remain as a leading legal jurisdiction it can only do so if lawyers at all stages in their career are making the most of what tech can offer for the delivery of legal services.

Lord Keen moved on to touch on the impact of algorithms in the law, and how important it is that algorithms perform in a fair and transparent way, mentioning the widespread challenges in doing so identified by New York’s Automated Decision Systems Task Force.

Whilst looking at new approaches to the delivery of legal services, Lord Keen was clear that he was not an advocate for a “regulate first” approach, as he believes it stifles innovation, though regulation may be considered as part of the ongoing dialogue he favours “light touch” regulation generally.

Lord Keen also noted the importance that regulatory sandboxes can play in order not to stifle innovation within sectors that are heavily regulated.

Lord Keen’s core message was that both he and the Lord Chancellor want to do everything they can in order to foster an environment for innovation within the legal sector, so we can continue to be the go to jurisdiction for legal services such as global dispute resolution.

In closing, Lord Keens remarked that some form of AI would profoundly change the way legal services are delivered within the next ten years, though where the sweeping change would could from he couldn’t say. 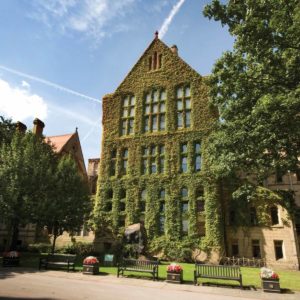 Next we heard from the two law firms currently involved in the initiative. Olivia Balson Head of the LSC (Legal Services Centre) at Freshfields and Jonathan Patterson, Managing Director & Head of Development at DWF Ventures.

Balson felt that the initiative was important because better collaboration meant we were more engaged as people, it made good business sense to have inclusivity of ideas, and ethically it was the right thing to do.

Patterson saw the opportunity where tech meets law for legal services providers to do what they do today better, quicker and at a lower cost. The initiative would allow consideration of how legal services could be delivered in future, and noted that collaboration was important because “lawyers don’t have all the answers”.

Patterson also felt that an academic partnership gave a stronger platform to spread the message that technology is changing how legal services are delivered.

When asked what success would look like for the initiative, Balson felt that more efficiency of processes, client focus and the delivery of services changed massively through legaltech opportunities would be good outcomes.

Patterson felt that success would the ability to produce and validate ideas that are hypothetical at the moment and potentially overhyped, noting that legalTech so far mostly means we can “search documents a little bit quicker … so legaltech doesn’t currently amount to much”.

There are clearly high hopes for the Manchester Law & Technology Initiative and Technomancers wishes them every success. 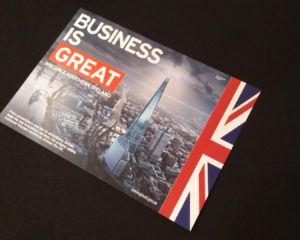 The UK Legal Tech trade mission to Switzerland and Austria took place this week, with businesses pitching their solutions to 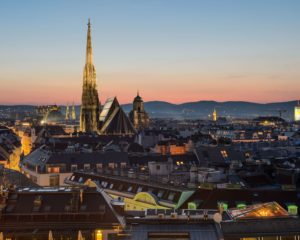