“Law is the framework of our society, which is why it is so important that we embrace diversity within it”

Chaired by Ivy Wong, the Women in lawTech panel at the Legal Geek Conference included Joanna Goodman, Caroline Ferguson and Julia Salasky. The panel discussion centered on what the legal technology sector can do to encourage and enable greater gender diversity.

Caroline Ferguson highlighted that diversity needs to be viewed at a global level, noting that in the legal sector 60% of junior lawyers are female, whilst at upper management level the number drops to just 15%.

Caroline believed it would take a concerted effort from multiple origins in order to change this, and that the Legal Geek Women in LawTech Mentoring Scheme being spearheaded by Ivy was a great initiative as part of challenging gender bias in the legal and legal technology sector.

Caroline said that: ”living and breathing diversity and being genuine about it is really important”.

Julia Salasky challenged us to think about how we combat the gender bias inherent in the legal tech sector, noting that people who launch startups are passionate about it regardless of gender, yet women face greater scepticism than men when seeking buy-in to new startup ideas, and as such bias when raising capital.

Julia felt that in order to leave a good legal career to form a lawTech startup that you have to be willing to take a risk, and you shouldn’t let the lack of people around you doing same thing be a barrier to you taking that bold step.Julia felt that the advantage of building out your own startup was that it gave you more opportunity and autonomy to create systems that help prevent gender bias from the ground up, and that is often easier than solving bias that is deep rooted within law firm structures.

Julia noted that In terms of running a company, gender bias in the legal space isn’t different other industries. In order to succeed you need be confident and self assured that you can blast through the bias and scepticism.

Joanna Goodman was keen to acknowledge that we need to be looking for total diversity, not just getting more female role models into top level company roles. More realistic role models will bring more people into industry, which will in turn lead to greater diversity.

Joanna also highlighted the need for both male and female mentors, rather than for women to be exclusively mentored by other women. Including male mentors will create greater awareness within men about the challenges women face, and better appreciation of those challenges are better for diversity as a whole.

Joanna also touched on ‘bro culture’ citing a startup she met in silicon valley who help their first team meeting of the day in the free weights section of the gym, which may not necessarily be inclusive to all. Joanna’s point highlights that there are sometimes really simple changes that can be made to foster a culture of greater inclusion and diversity.

In her closing remarks, Joanna commented that “Law is the framework of our society, which is why it is so important that we embrace diversity within it”.

Ivy Wong closed the session with a call to action for both female and male mentors to get in touch and volunteer to join the next cohort, through the Legal Geek website. 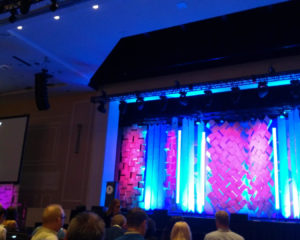 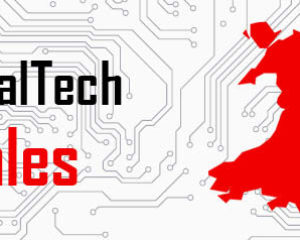 The first LegalTech Wales conference took place in Swansea this week. Organised by Swansea University, and opened by the warm